Helping the homeless find homes during and after lockdown 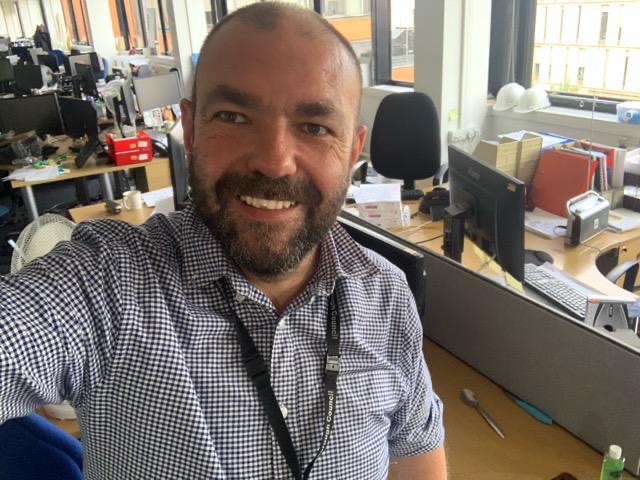 Meet Carlton. His job title is unusual – Tenancy Sustainment Officer – but it neatly sums up what Carlton does for Stafford Borough Council helping people with chaotic lives and multiple complex needs to secure a place to live. Carlton has been put forward by his Chief Executive and at least two other managers for his role during the pandemic when the government urged councils to ‘get everyone in’ and make sure rough sleepers were off the streets and safe.

Carlton isn’t our first WM Everyday Hero in this field. We’ve covered Steven, based in Birmingham, and Ross, based in Worcester, with their stories about getting rough sleepers into hotels and guest houses in the early days of lockdown. What makes Carlton’s story different is his focus on keeping rough sleepers off the streets, beyond government funding, by offering a hands-on practical support service to individuals who would otherwise be on the streets.

Carlton has been working to keep rough sleepers in their accommodation

As Anna Nevin, Carlton’s manager, in support of his Hero nomination says, “During lockdown Councils had to get all rough sleepers off the street. This involved rapid negotiations to secure rooms in a B&B – but this was just the start of it. It was then over to Carlton to keep them in their accommodation. Carlton has been working day in day out on this – at a time when most other support services suspended face to face contact and people were in more need than ever for support.  He has been the only support worker and as such has been called all times of the day and night, weekdays and weekends to deal with a variety of crises.”

Due to Stafford’s proactivity over the years there were just a small number of people rough sleeping when lockdown started, but this number soon increased as those sofa surfing or in unsustainable housing came to the council for help. With the foresight and support of Carlton’s management team and councillors these people are continuing to be funded and supported by the council; the hope is to secure positive housing solutions for them all.

Anna continues, “Carlton is adaptable – he does whatever it takes to meet an individual’s needs. During lockdown we got one person housed from the B&B – Carlton sourced a van, furniture and got people together to help him physically move the person into the property.”

Carlton says the man used to live in a tent just off the high street and has been in and out of prison many times for petty crime, often drug related. The lockdown gave him a roof over his head for the first time for years which meant Carlton could help him secure his first ever flat.

Every Wednesday Carlton visits to go through the man’s latest correspondence and offers support to help him keep his flat. He’s currently helping him apply for a washing machine from a London charity and he’s just opened a bank account for him so that his Universal Credit can go straight into his own account not via a friend as now. Carlton talks so positively about wanting to help this man to turn his life around and helping build his confidence is very much part of what Carlton does.

Another example of Carlton’s hands on support concerns his client that he knew was due to have a telephone interview for a supported housing place. His client has a tendency to lose phones or sell them, but Carlton tracked him down and got him to do the interview in the back of his car on Carlton’s phone – and the guy was accepted.

Carlton has worked in Stafford Borough Council for three years, coming from a bigger team in Stoke, he’s clearly thriving in his current role, working directly with all the people still in bed and breakfast accommodation to do what’s needed to help them to also secure tenancies. He’s been in work everyday during lockdown, although ‘in work’ doesn’t mean in the office, it means out with his clients; in their B&Bs.

Carlton’s career path into housing support is somewhat unusual. He spent 18 years working at the Royal Doulton Pottery, from age 16, doing various jobs including working on the Royal Doulton ladies figurines on quality control after being in the kiln. When the factory closed he did some voluntary work with the homeless hostel in Stoke, then secured a paid role, then gradually worked his way up.

He loves working for Stafford Borough Council, “I get a massive sense of achievement doing good things for people. Both the management and members here are really committed and passionate about making a difference, my lead Councillor Jeremy Pert helps people move into homes too”, says Carlton.

Advice to others coming into the sector? “Do it”, says Carlton, “If you really want to make a difference to people – who are at rock bottom and feel there’s no way out – you really can be the one to make that difference – that’s so rewarding.”