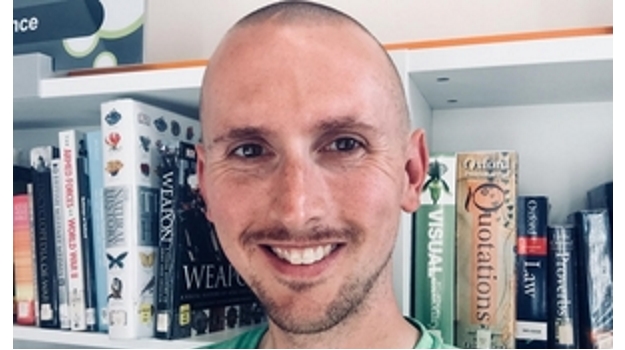 Meet Andrew Woodall. He’s the Library Service and Digital Inclusion Manager for Telford and Wrekin. While libraries have had to close due to the pandemic, he’s now focused on the ‘digital inclusion’ part of his job and leading a project to bring the joy of reading, and keeping in touch, into care homes and hospitals, using Kindles.

When the libraries had to close on March 20th Andrew was deployed to get food parcels out to the shielded ahead of the Government’s scheme, using the library van to get supplies from the food bank. His 39 staff were deployed to various community roles such as answering the telephone helpline for residents or delivering prescriptions. As Andrew says, “If you work in a library you like helping people – my staff just wanted to do something practical to help when their library closed.”

The idea for the Kindle Kindness Project came from the Leader of the Council after he was approached by the hospital about supporting the Women’s and Children’s Unit there. The idea was simple; provide a Kindle Fire with the council’s library app providing free access to books, magazines and newspapers and help people stay in touch with family and friends online using video calls, thus reducing the feeling of isolation.

Telford and Wrekin launched a fundraising drive to buy 200 Kindle Fires for the Women’s and Children’s Centre at the Princes Royal Hospital and care homes across the borough.

Andrew has been out delivering the Kindles with his colleagues. He and his fiancée, who Andrew roped into help, have been installing the library app and Skype on each Kindle Fire. They all come with clear instructions to help people get started, along with a helpline number too.

So far, 200 Kindles have been delivered into care homes and the hospital. More will follow and fundraising is increasing daily – the last donation was £2,500 from Wellington Town Council.

As Andrew says, “People have been really generous – we’ve had 188 donations so far from the Midlands Police and Crime and Community Ambassadors, from local companies, many parish councils, members of the public; many of our staff have chosen to donate too. Already £20,000 has been raised through the Go Fund Me page.”

Kindles are helping people in care homes stay connected Feedback has been very positive. Andrew shares a letter, ‘On Behalf of the Women and Children’s Care Group (at the hospital) I would like to send our sincerest. The children on the wards are delighted and having hours of pleasure playing the games and reading the books.’ Of the 25 care homes that have had Kindle Fires many have been used to keep in touch with family to via Skype to help them feel less isolated. Andrew says, “We were working with Age UK on a project to develop a ‘technology taster’ session in care homes. Whilst we can’t deliver these face-to-face sessions at the moment many care homes are supporting their residents with the technology to help them stay connected.”

Libraries are places where people can just ‘be’

Andrew is a big believer in libraries and says they offer much more than books. As Andrew says, “Libraries are a public space and community resource. People can come in without judgement. Yes we want to instil a love of reading but we just want to help people whether that’s online on one of our computers or with a council tax query.”  Andrew adds, “We don’t mind if people come in and just ‘be’ and do nothing. There’s no kudos in the media for this public space aspect of the service, it’s not sexy, but it’s an important part of the offer. We know how much of a loss this aspect of the service is to people at this time.”

Looking to the future Andrew and his team are planning how to make public access to libraries as safe as possible when they reopen, following the Government Guidance around the planned reopening of public buildings set for early July. As Andrew says, “They are going to look and feel very different to the free and open access people have been used to pre the pandemic. There will be queuing, social distancing and one way systems.”

Asked for his best career advice he’d pass on to those coming into the sector; give it a go, try it, what’s the worst that could happen? Andrew admits he wished he’d had greater confidence in the early part of his career, he’d see jobs then someone would say ’why don’t you go for it’, then he would surprise himself and get it.